Special Note: Inspire has removed the term ESG (environmental, social, governance) from the names of its ETF suite. Read more. 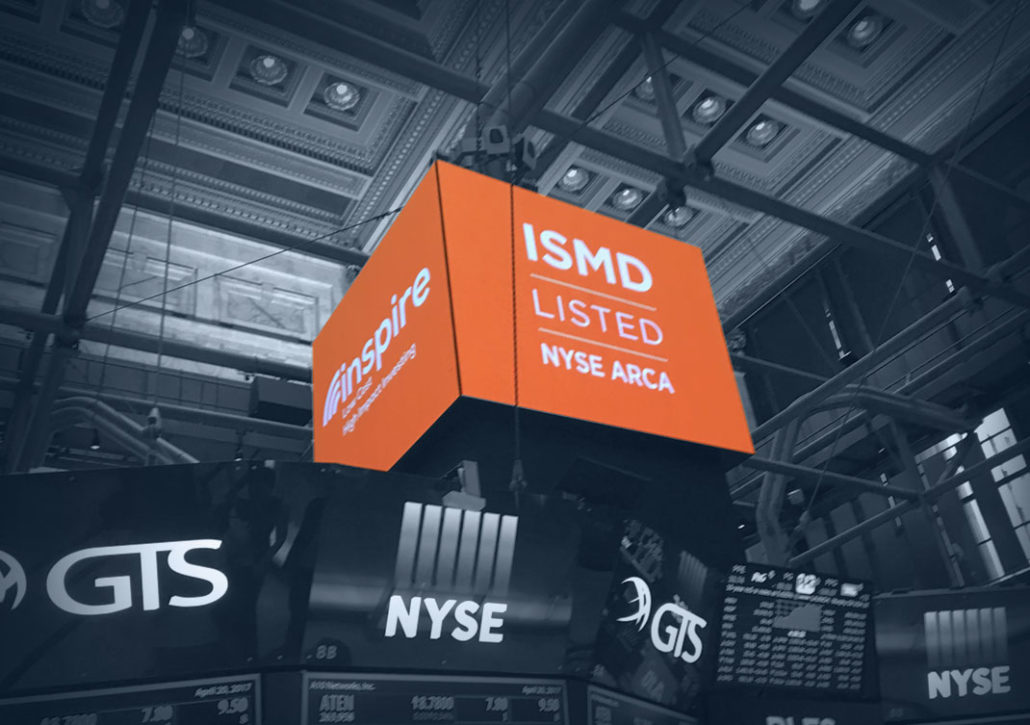 Among a crowded field of 67 other socially responsible ETFs, ISMD’s recognition in the “Top ETF Performers” category of ETF.com is a boon to the biblically responsible investing industry, and the fund’s advisor, Inspire Investing.

Of particular interest is the fact that ISMD is managed according to biblically responsible investing (BRI) principles, and seeks to invest in what Inspire believes are some of the most positive, biblically aligned small and mid-sized companies in the United States as measured by Inspire’s innovative Inspire Impact Score methodology.

“When we launched ISMD there was skepticism from the industry and the media. Some people did not believe that an ETF managed according to biblical principles could perform well,” says Robert Netzly, CEO of Inspire, “We have always believed that investors should not have to sacrifice performance in order to invest with good values. The performance of ISMD is one more objective data point that we feel gives credence to that belief.”

The Inspire Small/Mid Cap ETF [NYSE: ISMD] is an equally weighted, passively managed index fund comprised of 500 US small and mid-cap stocks from a diverse array of sectors that seeks to replicate investment results that generally correspond, before fees and expenses, to the performance of the Inspire Small/Mid Cap Impact Index. Stocks are selected based on their Inspire Impact Score, which is Inspire’s unique methodology of ranking businesses relative to their alignment with biblical values.

Using a wealth of data from some of the most respected data providers in the world, Inspire analyzes companies from the bottom-up with a rules based, methodology driven process through the lens of a biblical values worldview.

Inspiring Transformation Around The World

Not only does Inspire Investing seek to invest in the most inspiring companies in the world, but they also aim to be one of the most inspiring companies in the world. As such, Inspire donates 50% or more of their corporate profits to Christian ministry every year. Last year alone Inspire built a clean water well for impoverished villagers in Nepal, provided relief for Syrian refugees and Hurricane Harvey victims, sent Bibles into North Korea and shared the hope of Christ with thousands of youth in America.

Inspire, the adviser, provides the index for the Inspire Funds to track. The indexes use software that analyzes publicly available data relating to the primary business activities, products and services, philanthropy, legal activities, policies and practices when assigning Inspire Impact Scores to a company. The securities with the highest Inspire Impact Scores are included in the Indexes and are equally weighted. As the Fund may not fully replicate the Index, it is subject to the risk that investment management strategy may not produce the intended results. Past performance is no guarantee of future results. Securities in the Index or in the Fund’s portfolio may underperform in comparison to the general securities markets or other asset classes. The Fund may focus its investments in securities of a particular industry to the extent the Index does. This may cause the Fund's net asset value to fluctuate more than that of a fund that does not focus in a particular industry. Fluctuations in the value of equity securities held by the Fund will cause the net asset value (“NAV”) of the Fund to fluctuate. The Fund is not actively managed and the Adviser will not sell shares of an equity security due to current or projected underperformance of a security, industry or sector, unless that security is removed from the Index or the selling of shares of that security is otherwise required upon a rebalancing of the Index as addressed in the Index methodology. Tracking error may occur because of imperfect correlation between the Fund’s holdings of portfolio securities and those in the Index. The Fund’s use of a representative sampling approach, if used, could result in its holding a smaller number of securities than are in the Index. To the extent the assets in the Fund are smaller, these risks will be greater. ‍ Investors cannot invest directly in an index and unmanaged index returns do not reflect any fees, expenses or sales charges. 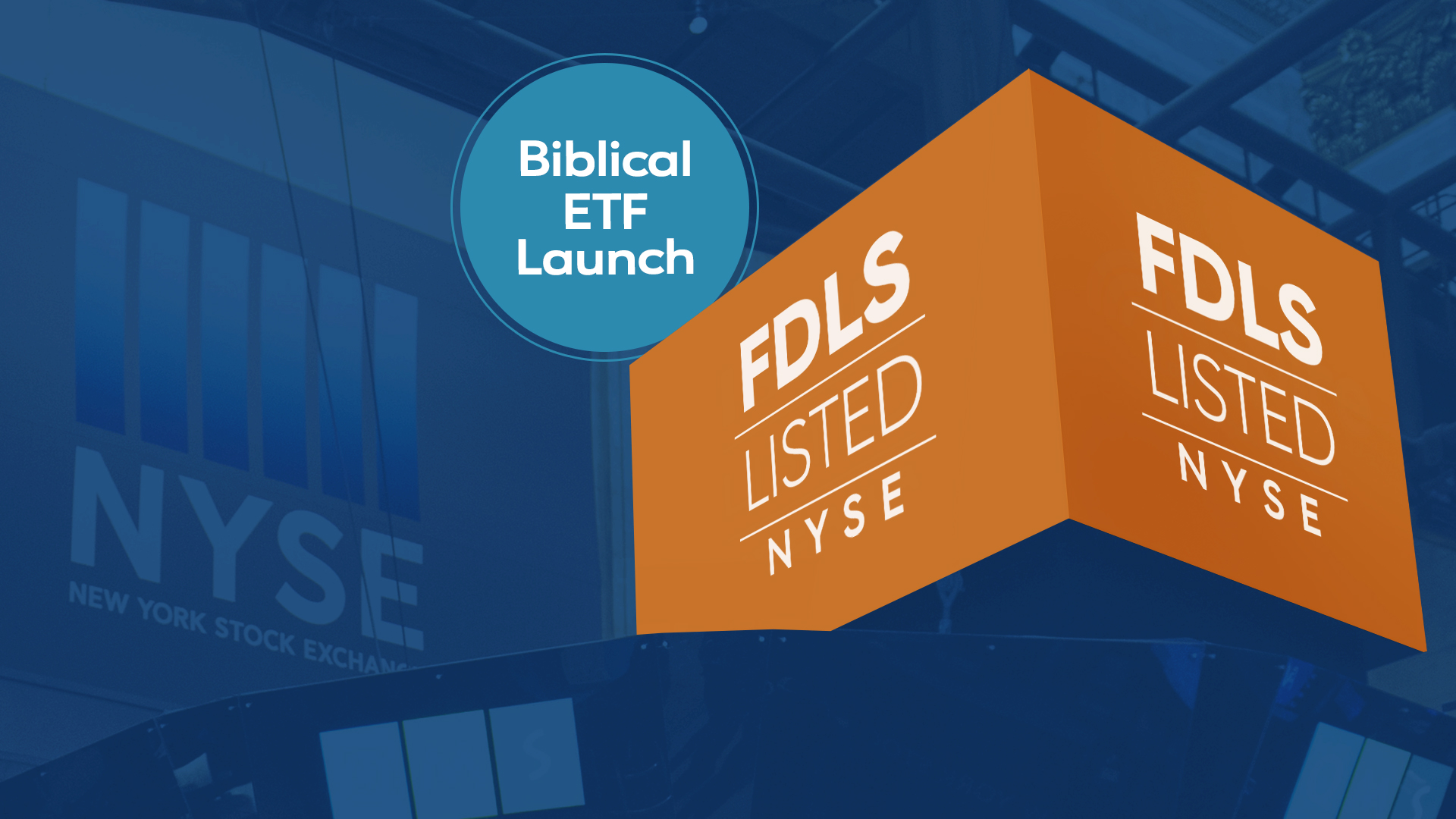 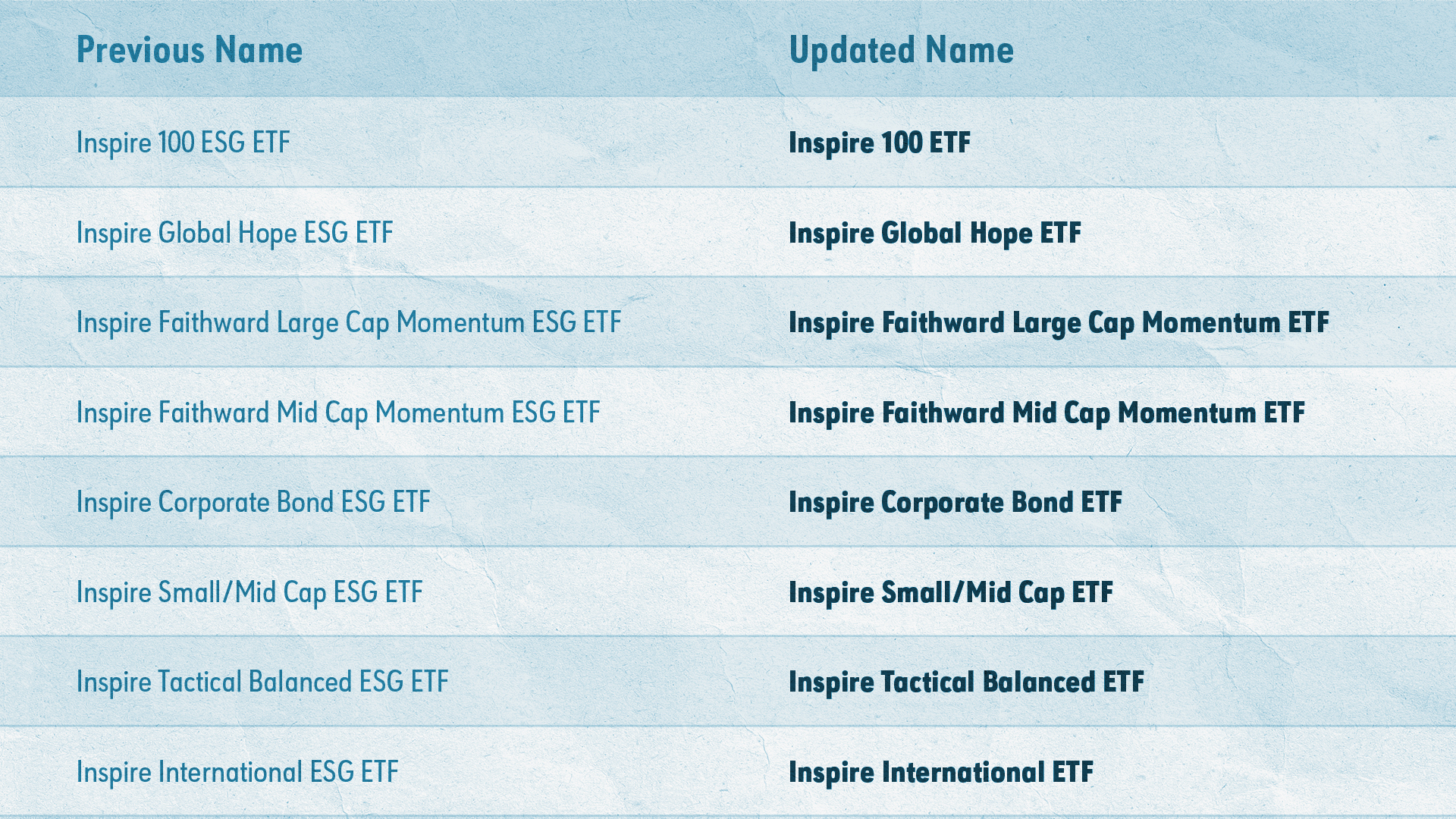 Inspire Investing Removes ESG from All Fund Names
Inspire Investing has announced the removal of the term ESG (environmental, social, governance) from the names of its eight ETFs.
Aug 19, 2022 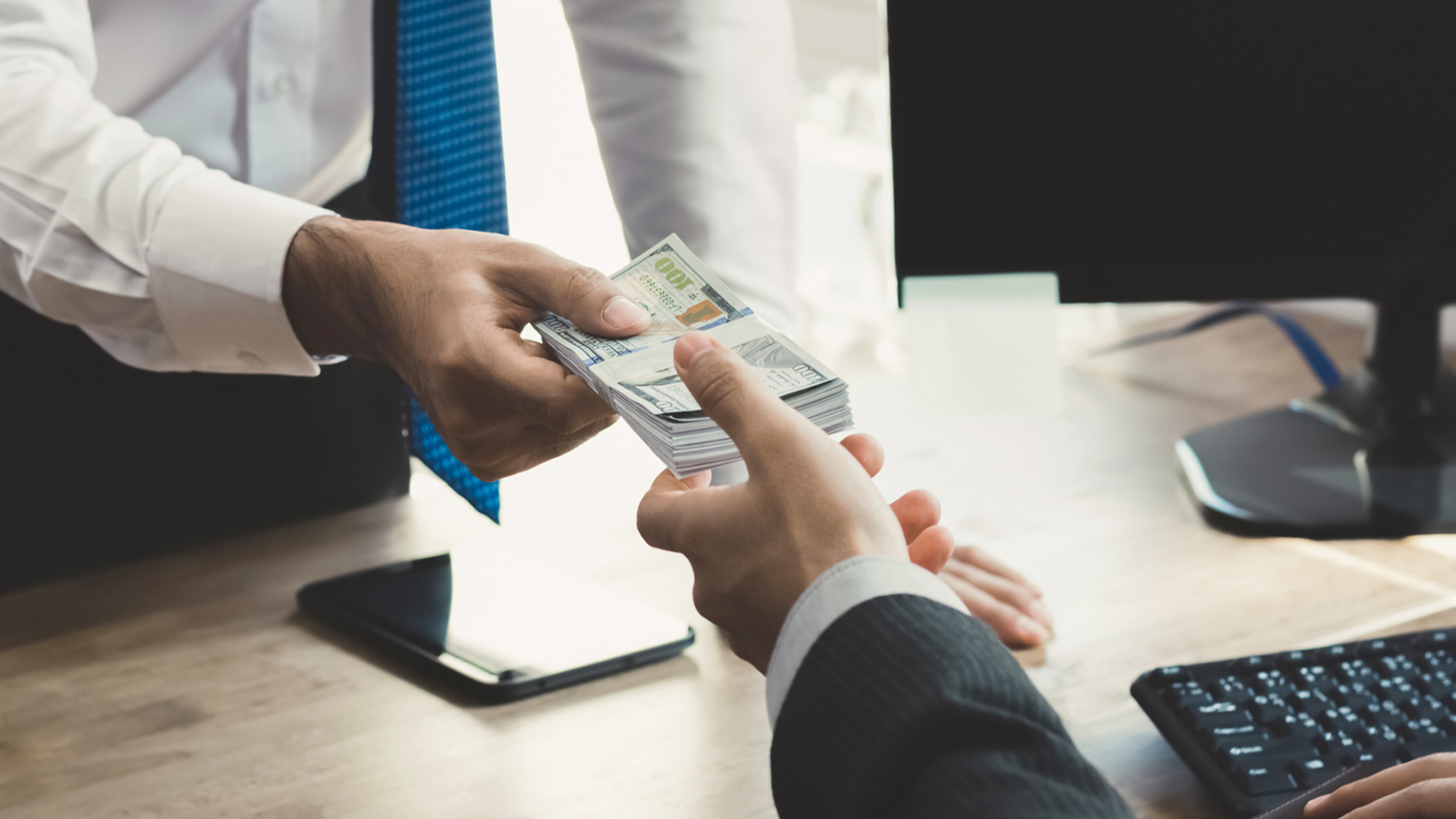 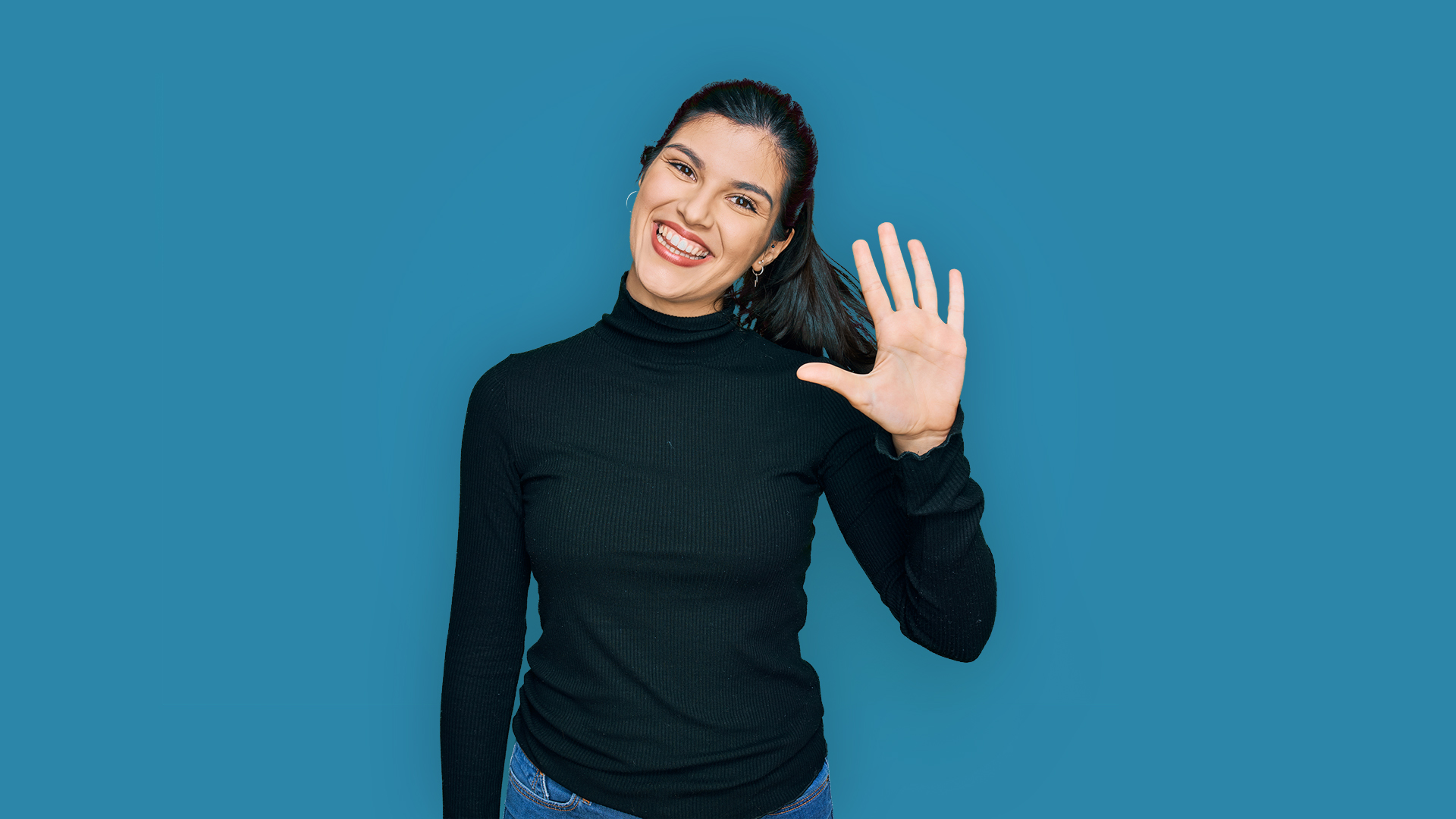 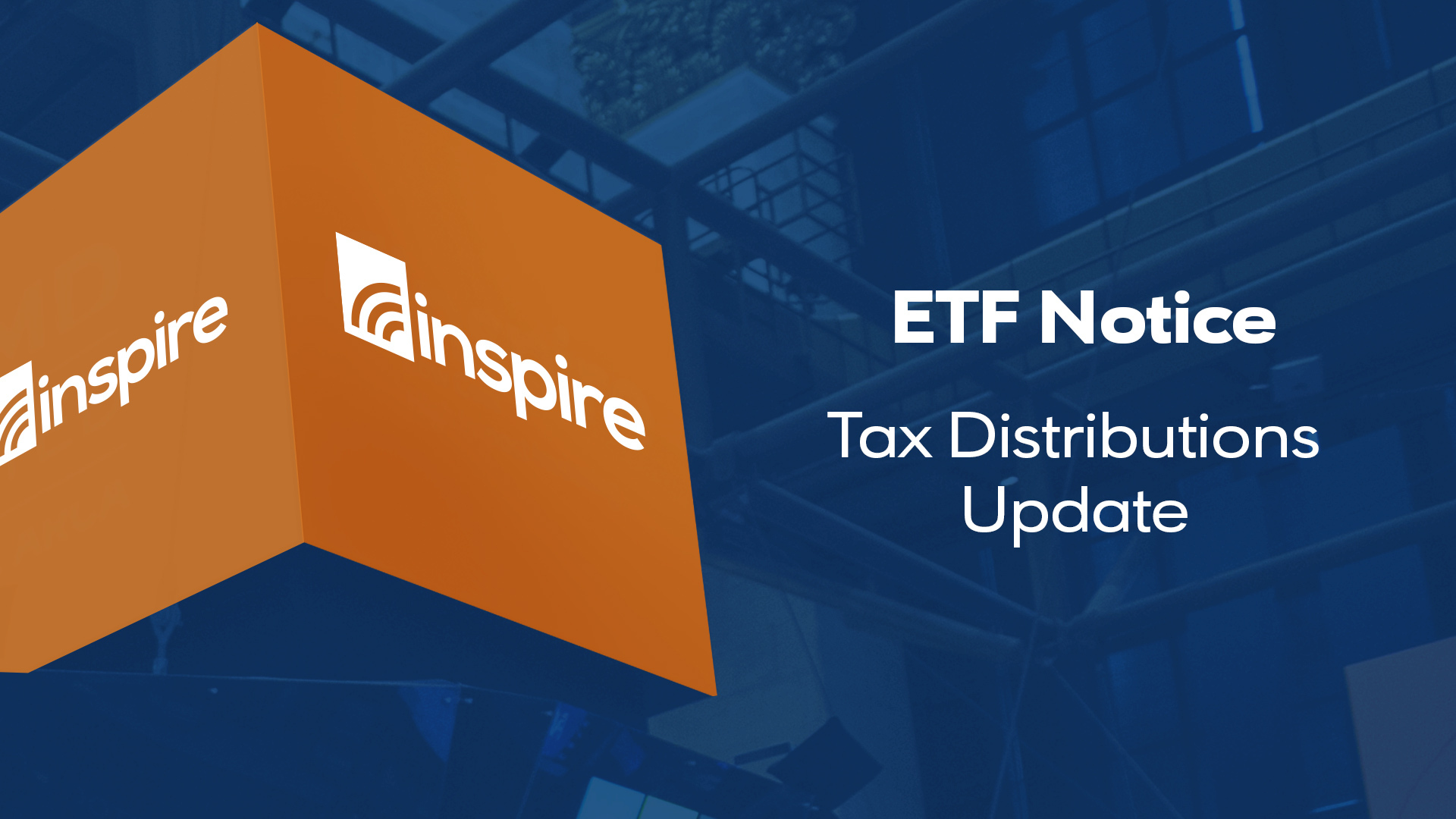 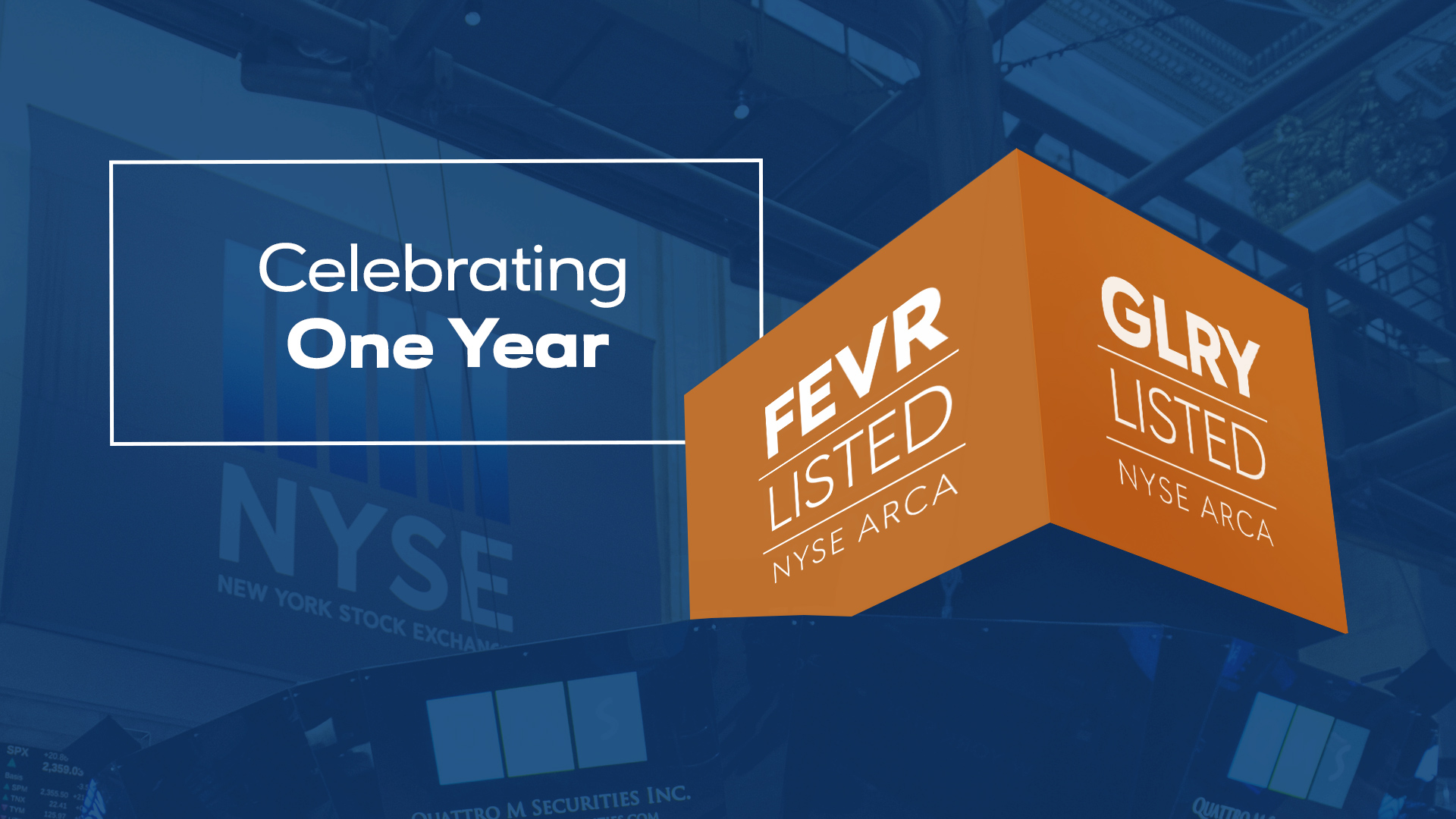 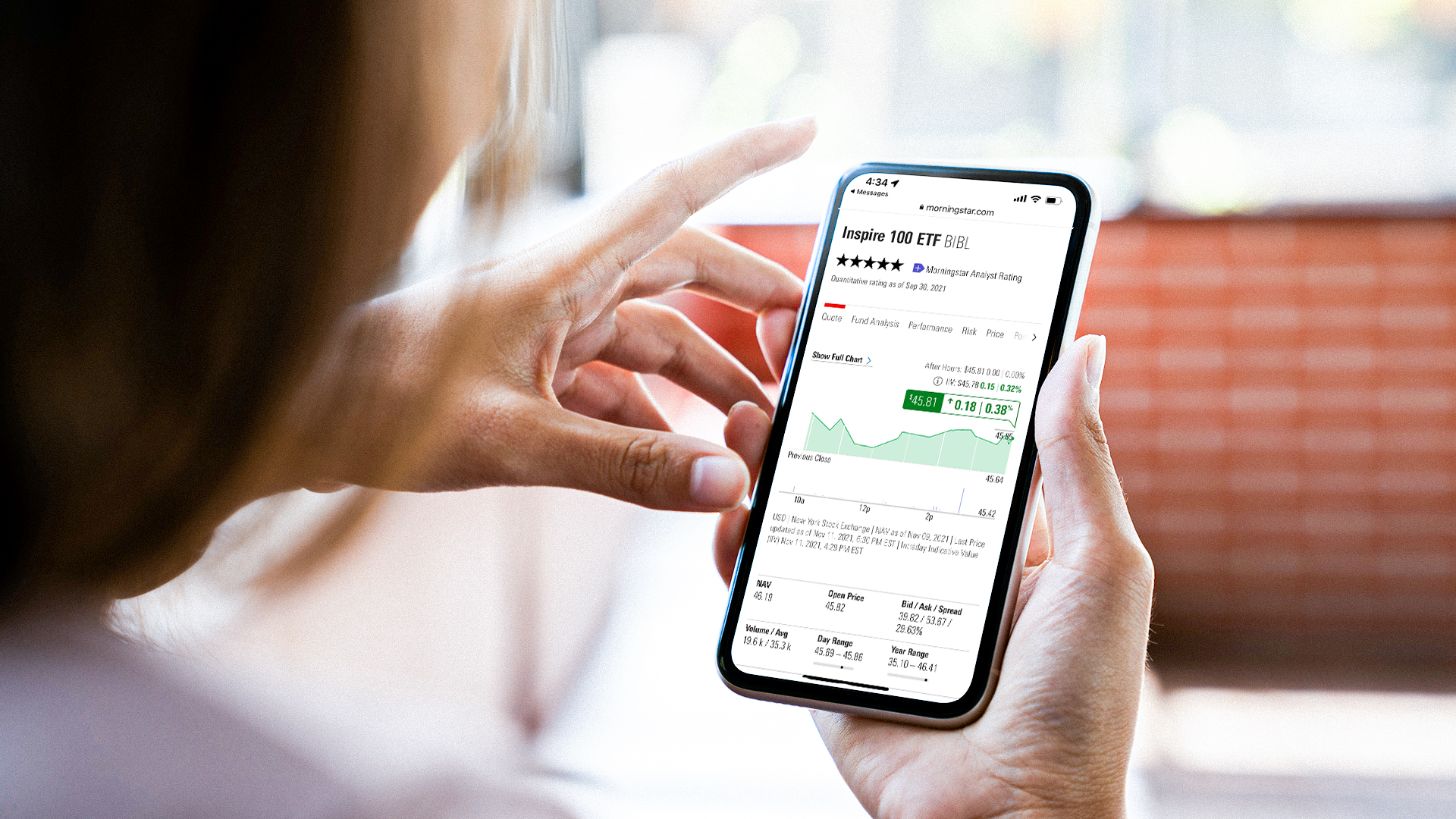 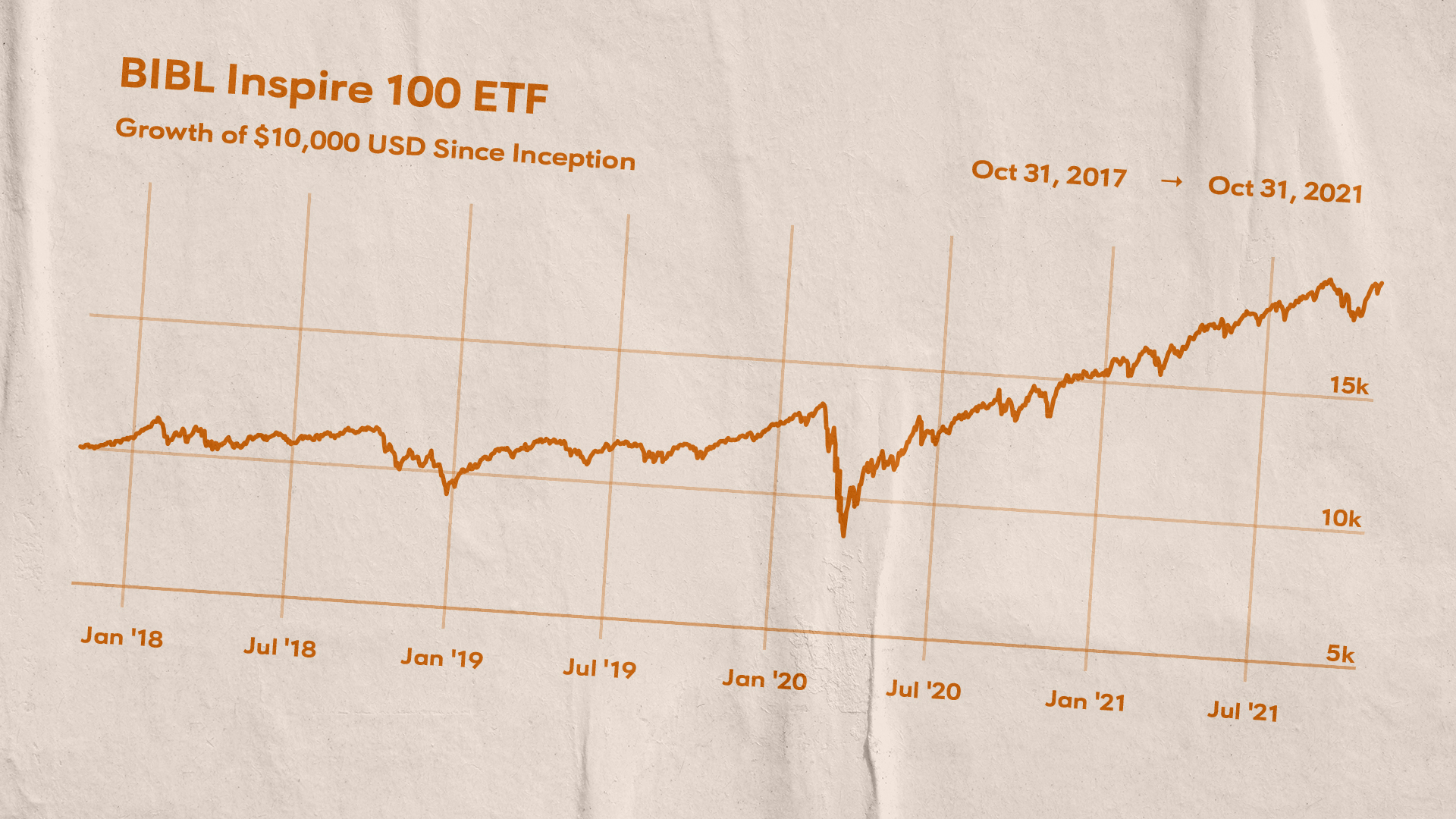 Can a Biblical ETF Stand Up to the S&P 500?
Biblically responsible Inspire 100 ETF [NYSE: BIBL] marks four years since inception with performance in line with S&P 500 index, despite the biblical ETF not owning any of the FAANG stocks, adding credibility to the belief that good values and good returns are not mutually exclusive
Nov 12, 2021 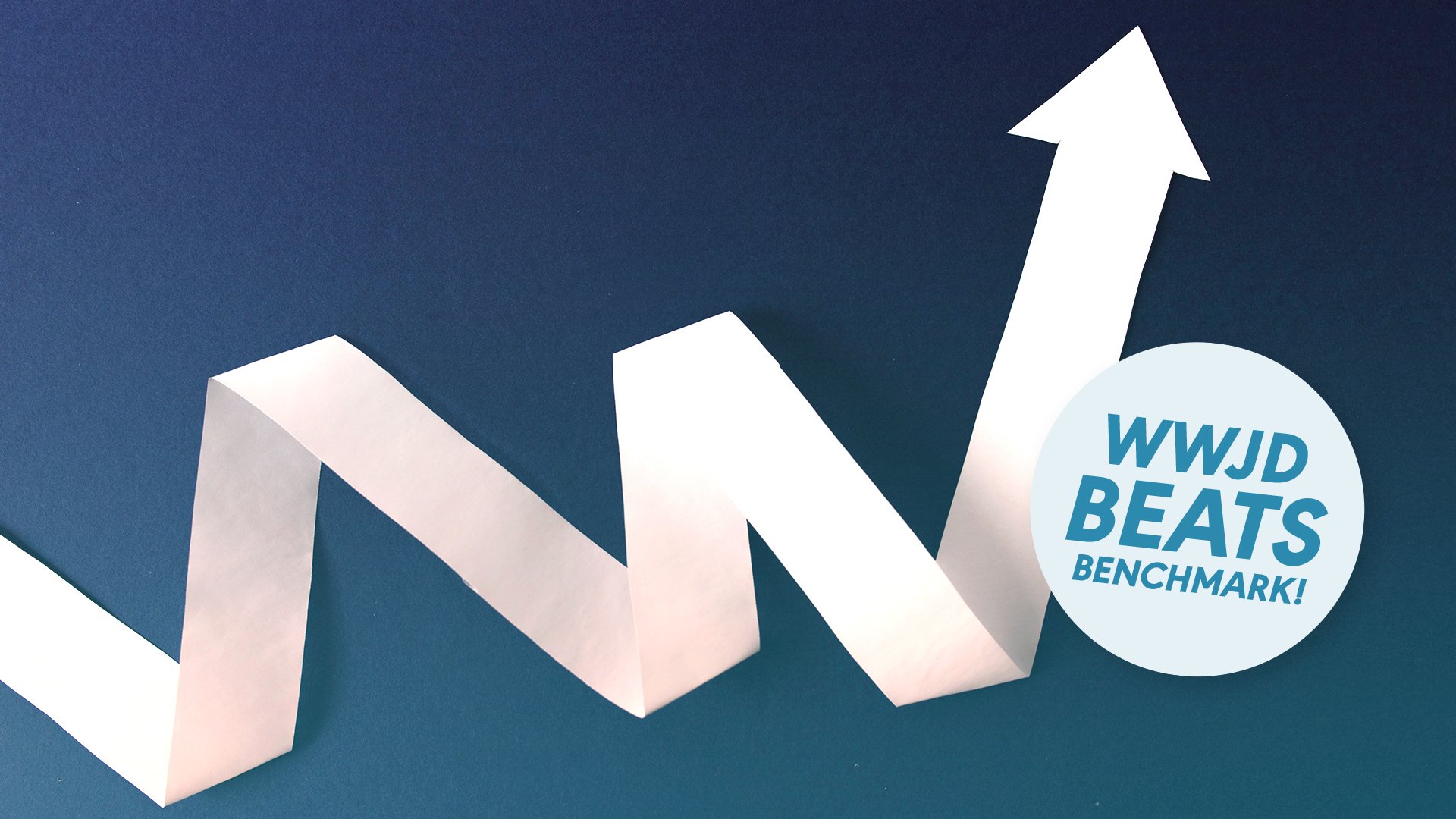 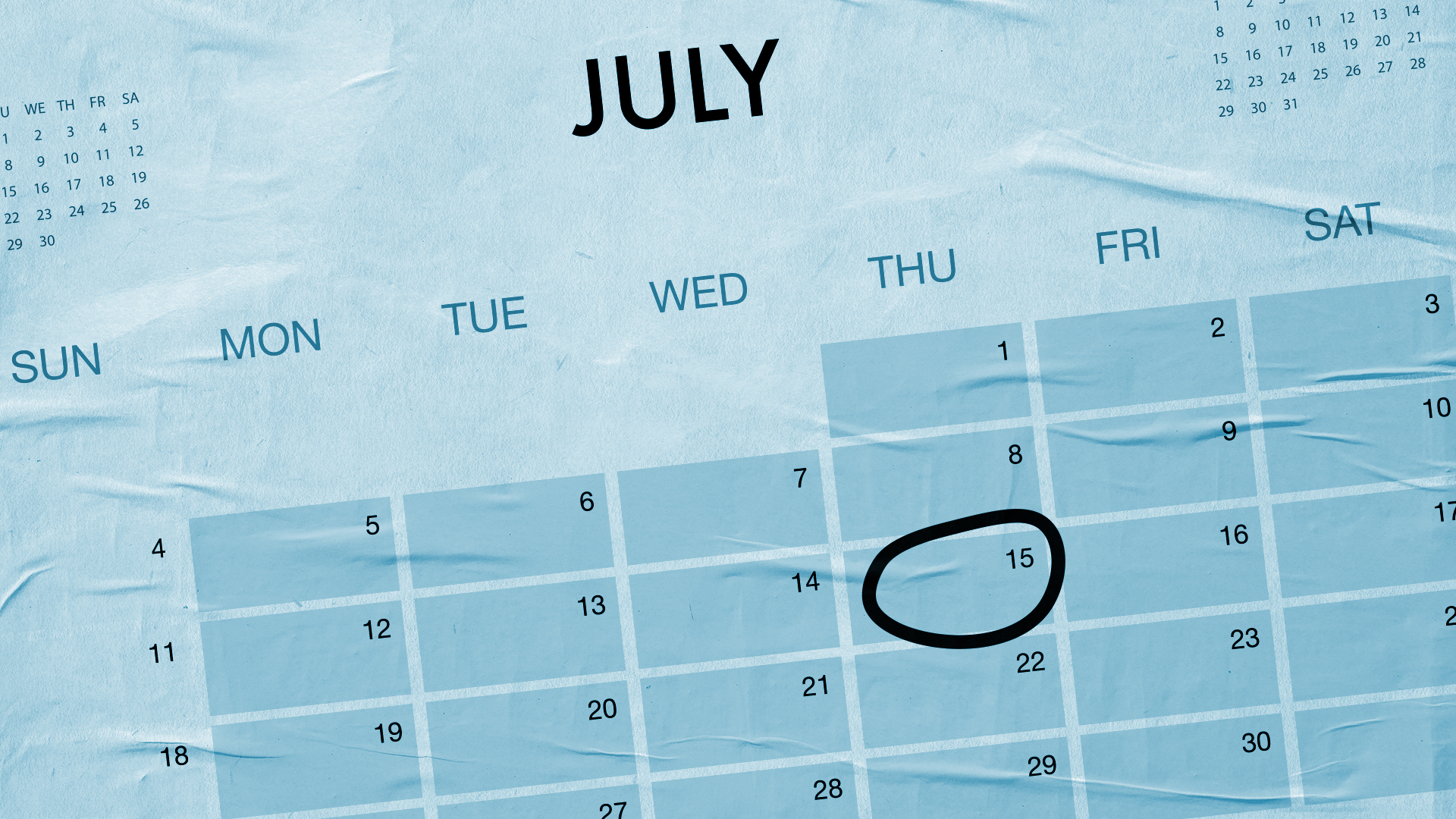 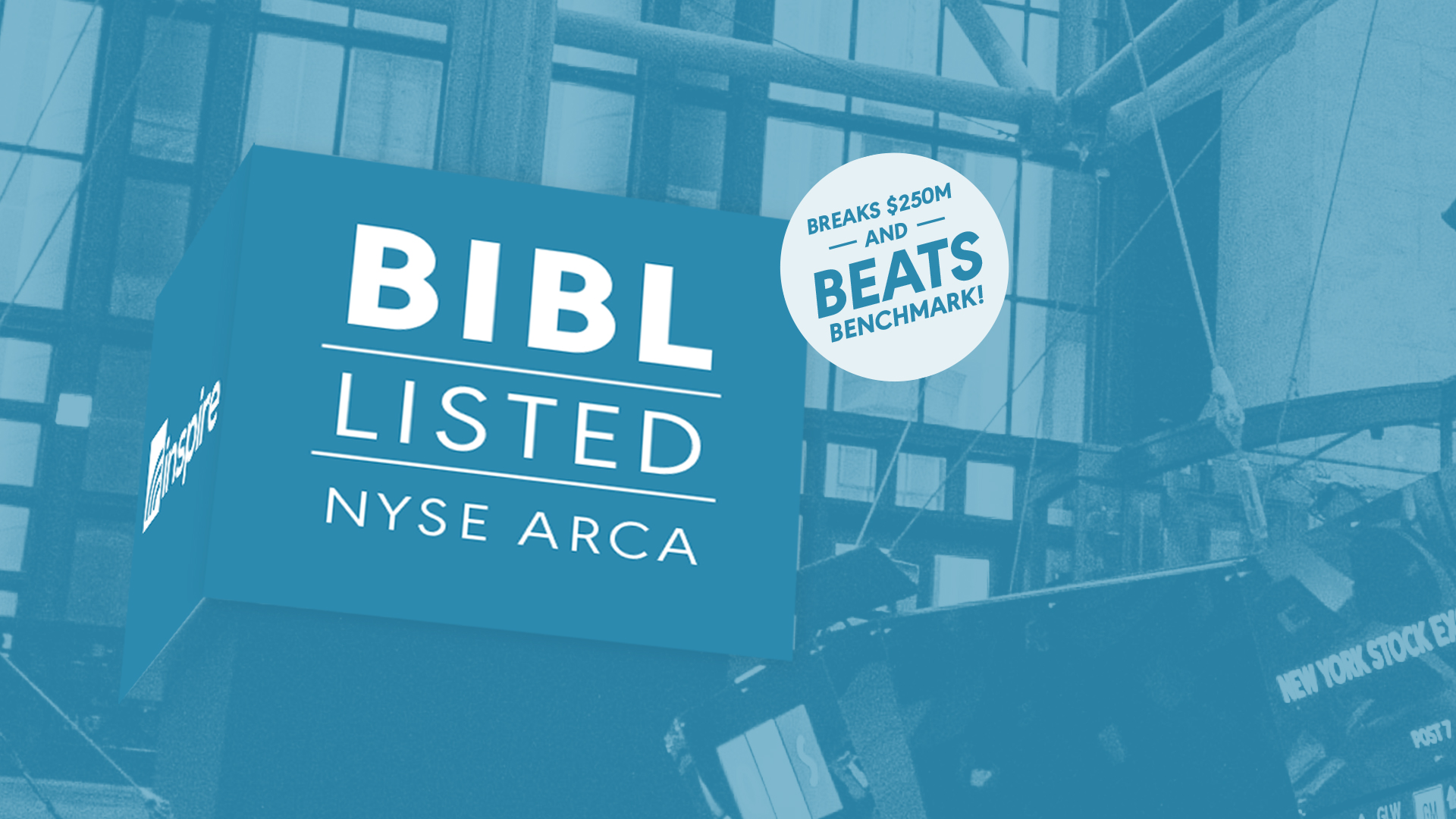 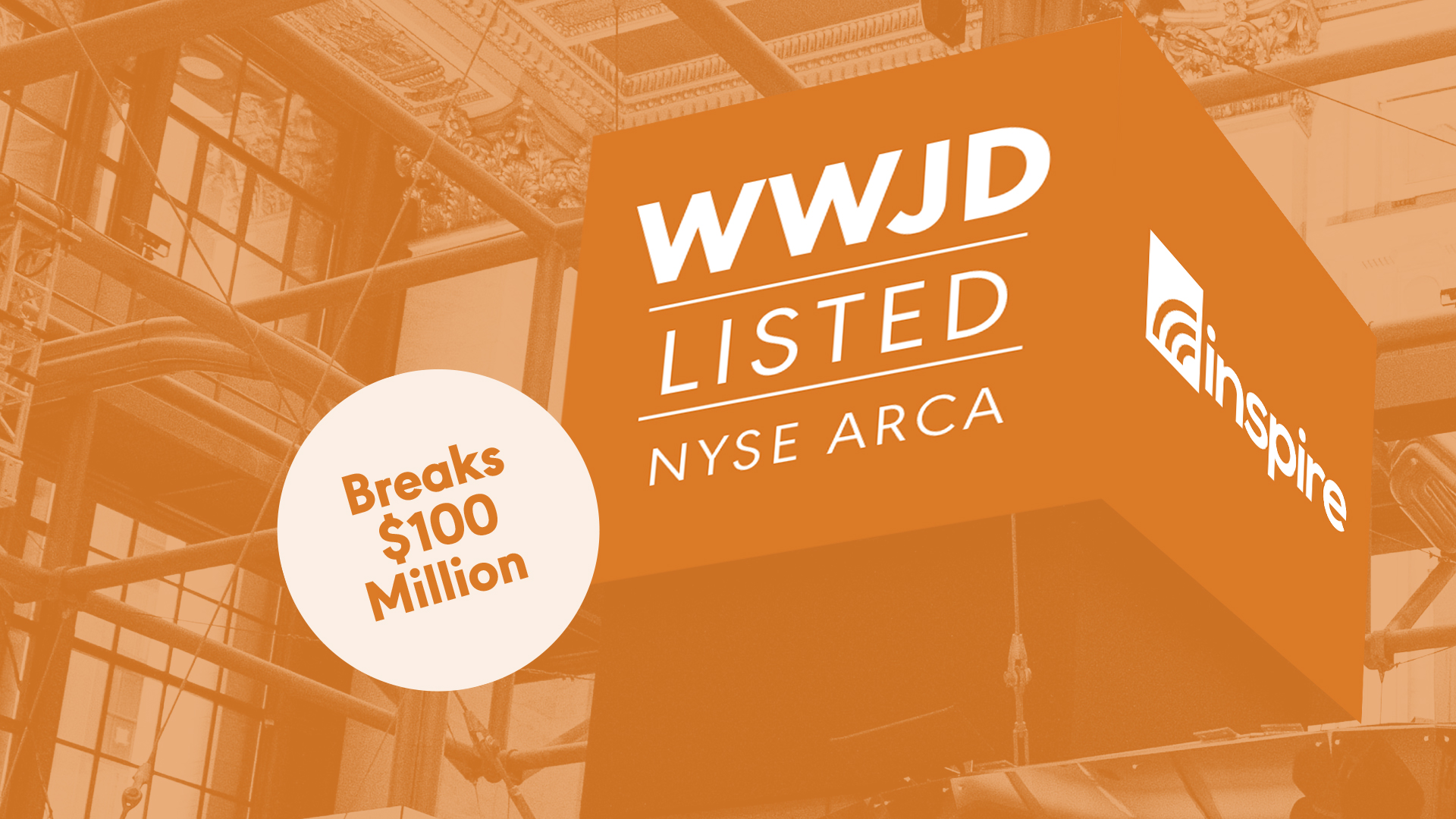 Inspire International ETF (NYSE: WWJD) Breaks $100 Million AUM with Inflows and Benchmark Beating Performance
The biblically responsible Inspire International ETF (NYSE: WWJD) surpassed the $100 million AUM mark in under 2 years of trading. WWJD’s assets under management has increased 49.2% since the beginning of 2021 (as of 6/30/2021), while outperforming its benchmark...
Jul 9, 2021 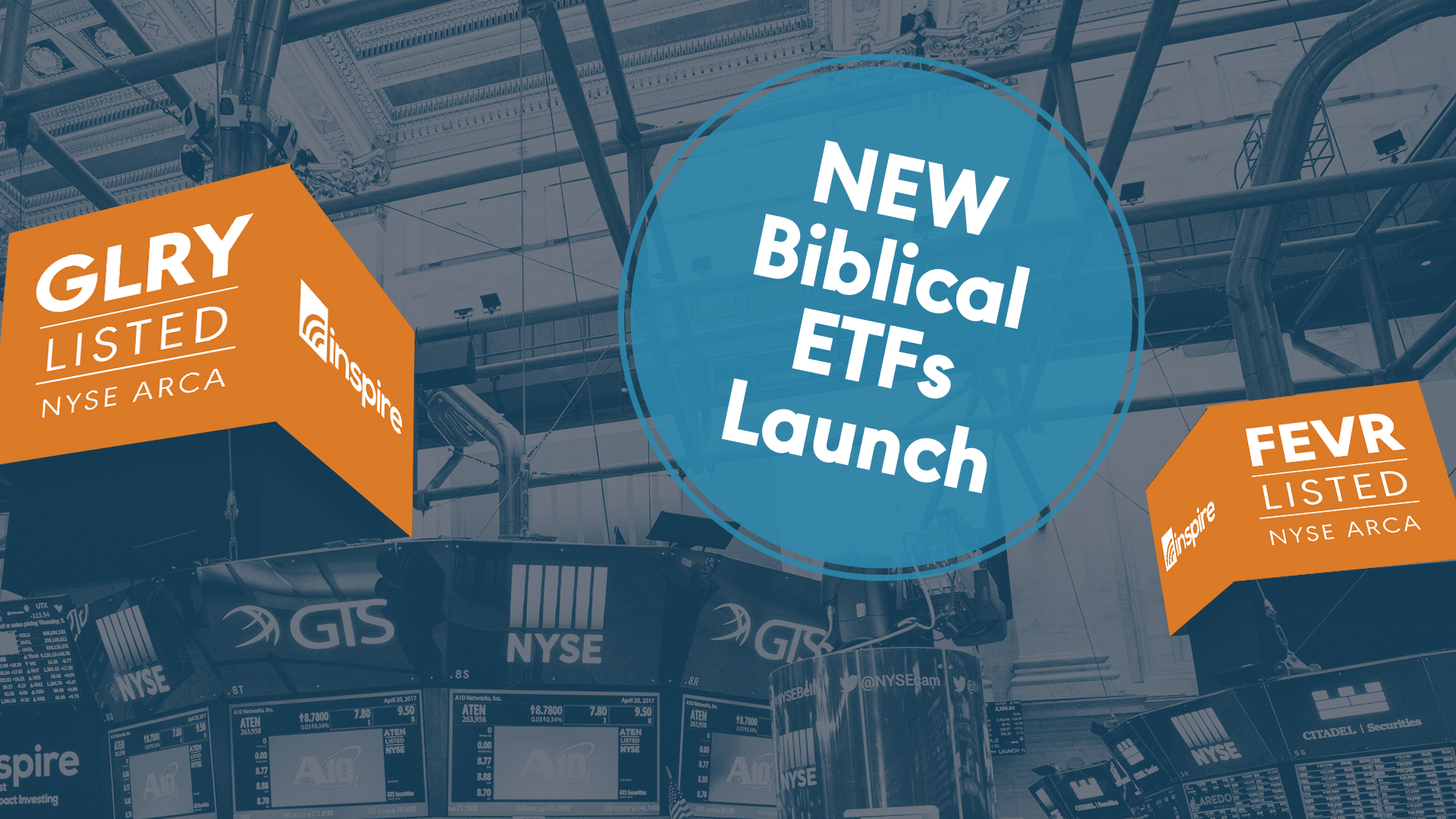 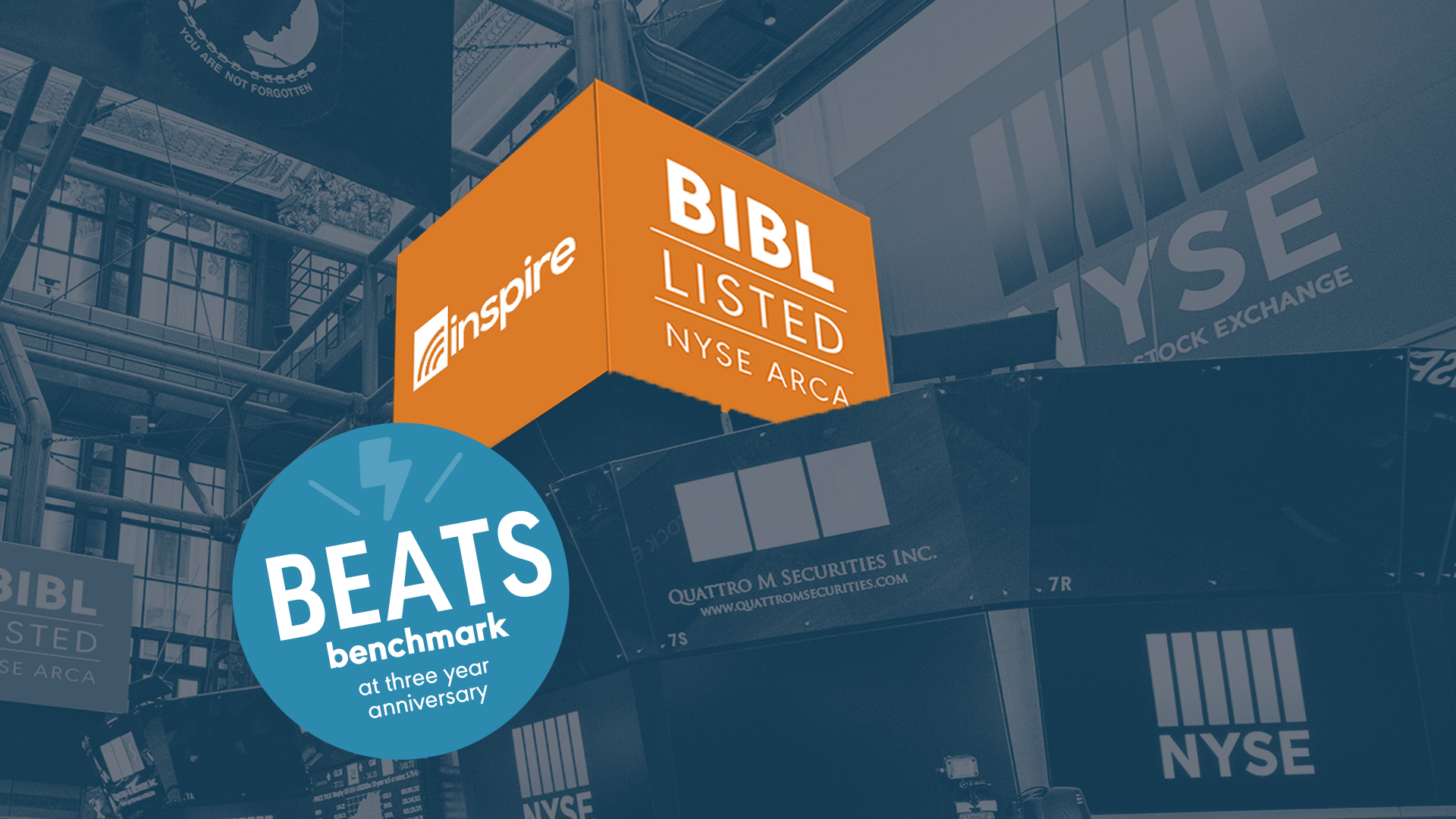 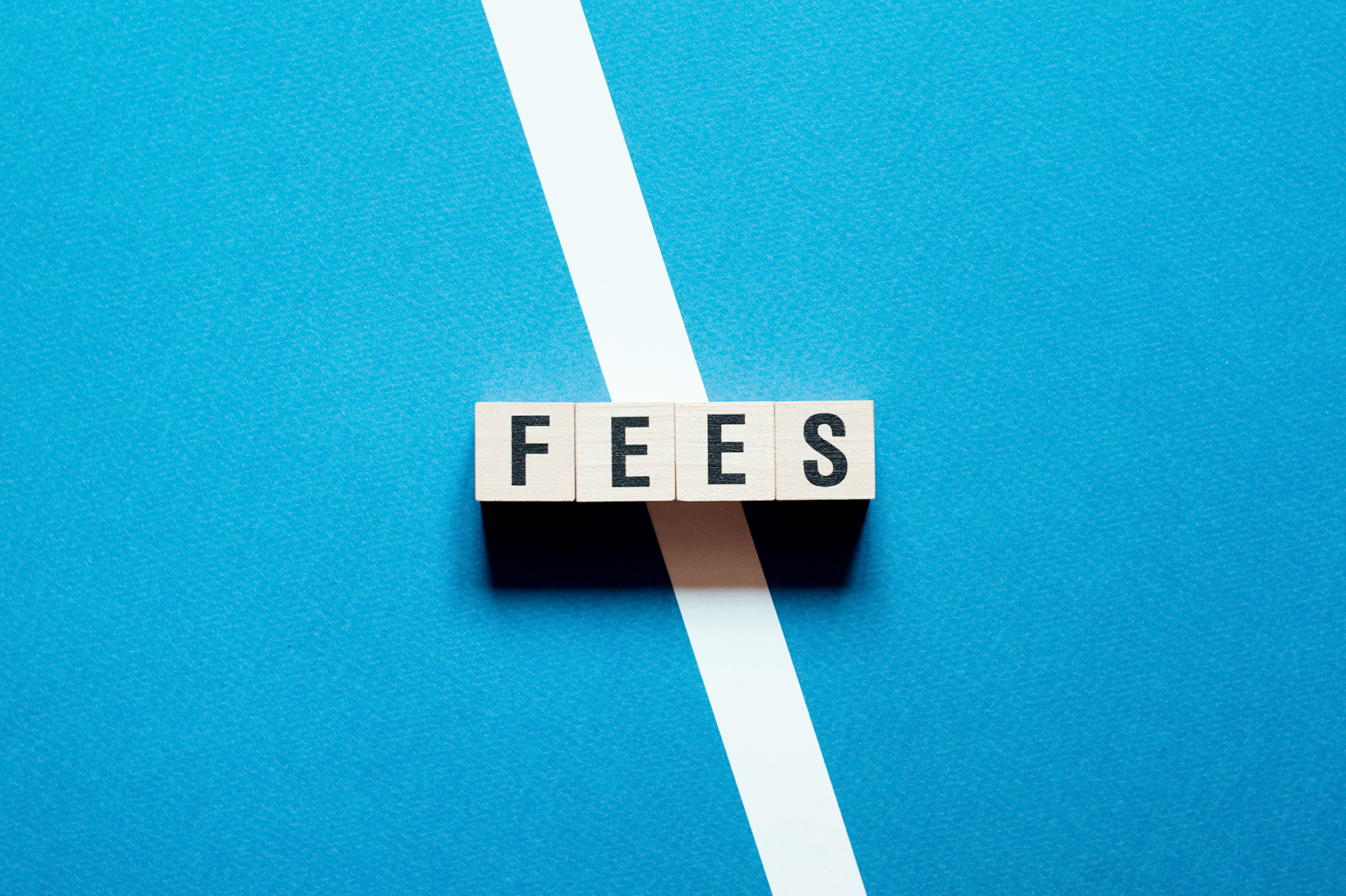 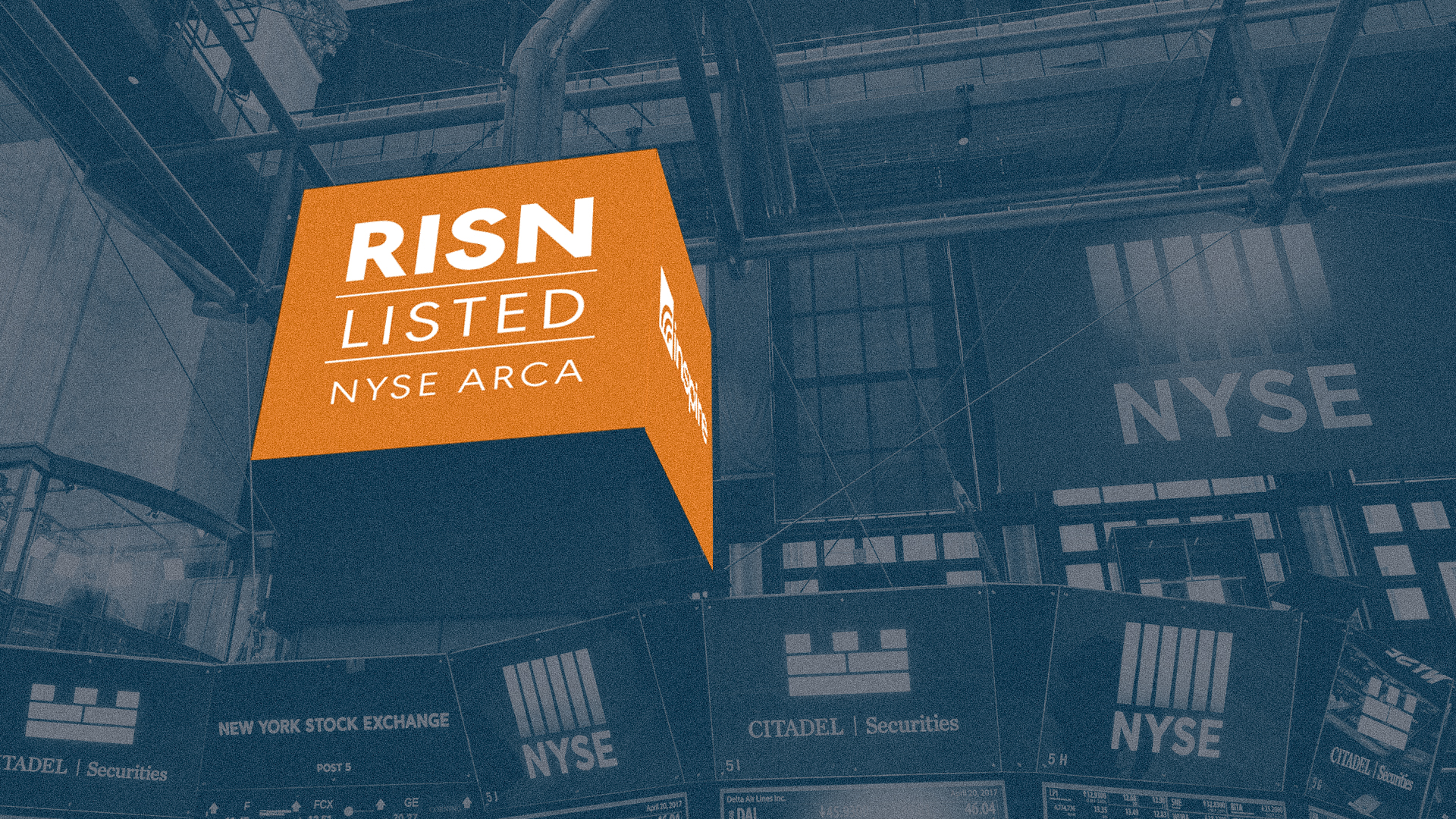 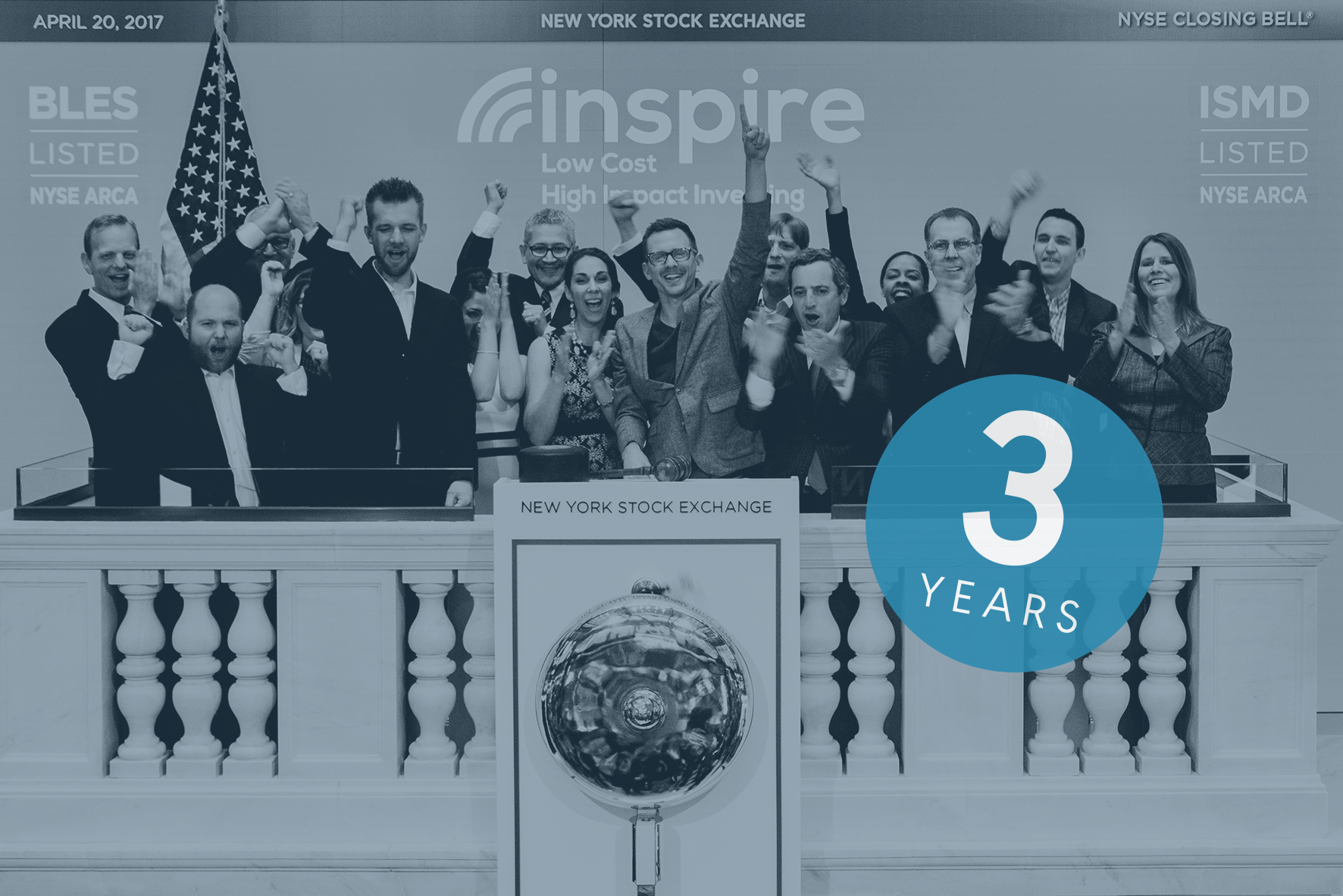 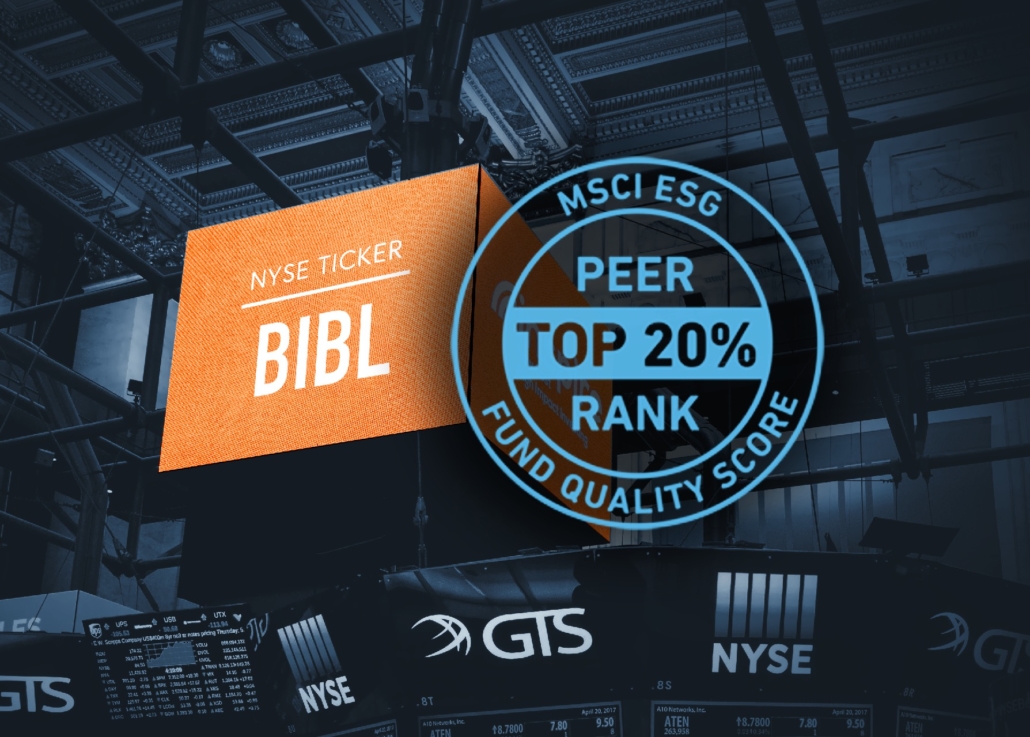 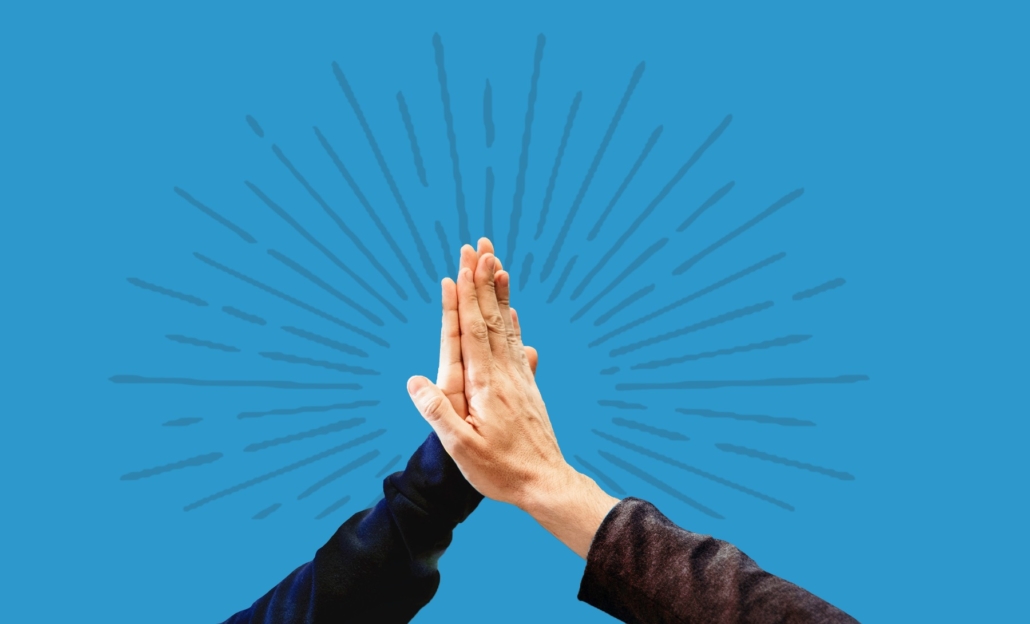 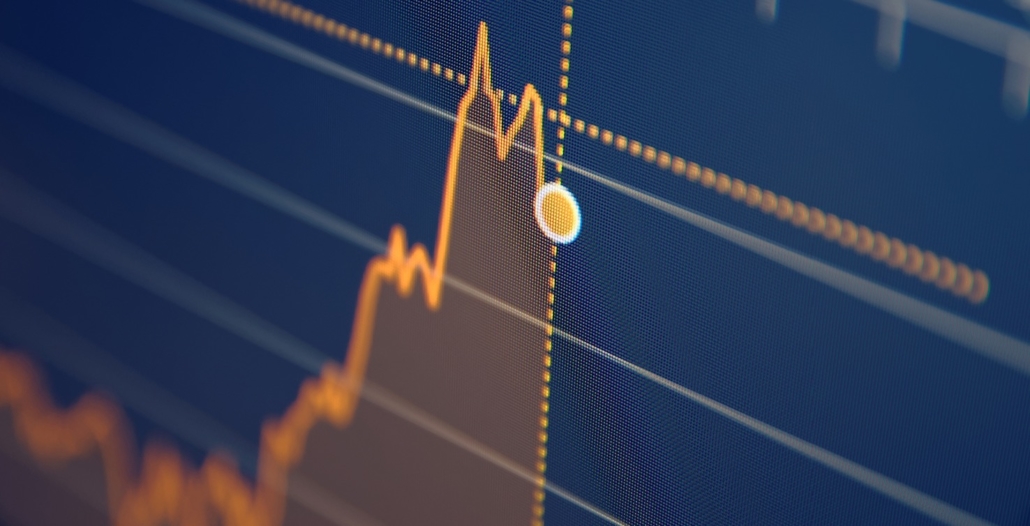 Inspire’s Biblical Bond ETF Named Finalist for ETF.com Awards
Just released by ETF.com, Inspire’s Corporate Bond ETF (NYSE: IBD) has been named as a finalist in the “Thematic ETF of the Year – 2018” category for the 2018 ETF.com Awards.
Feb 14, 2019 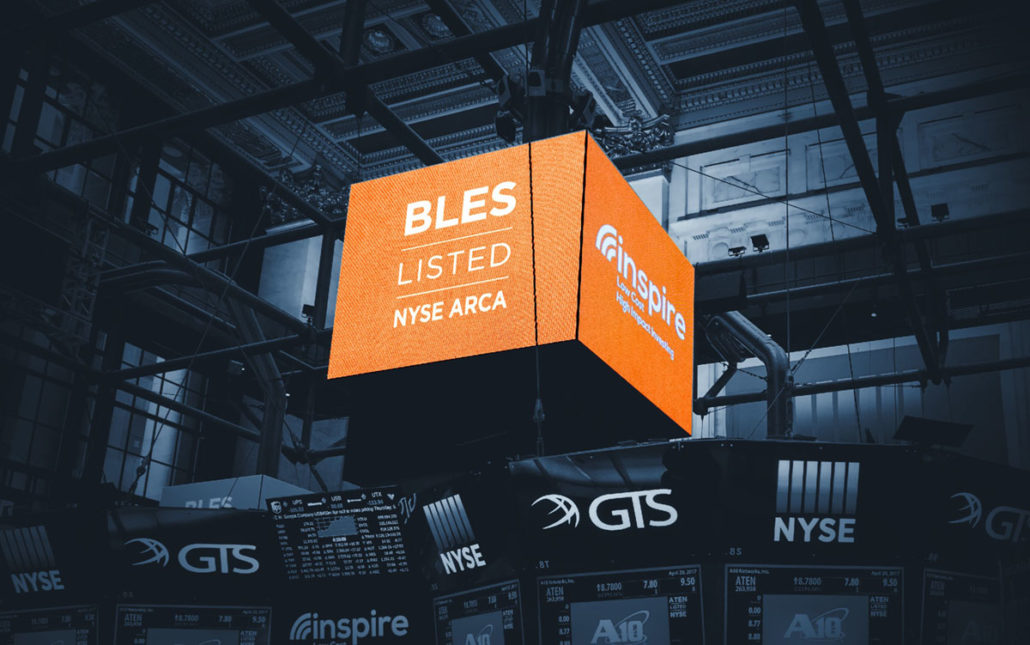 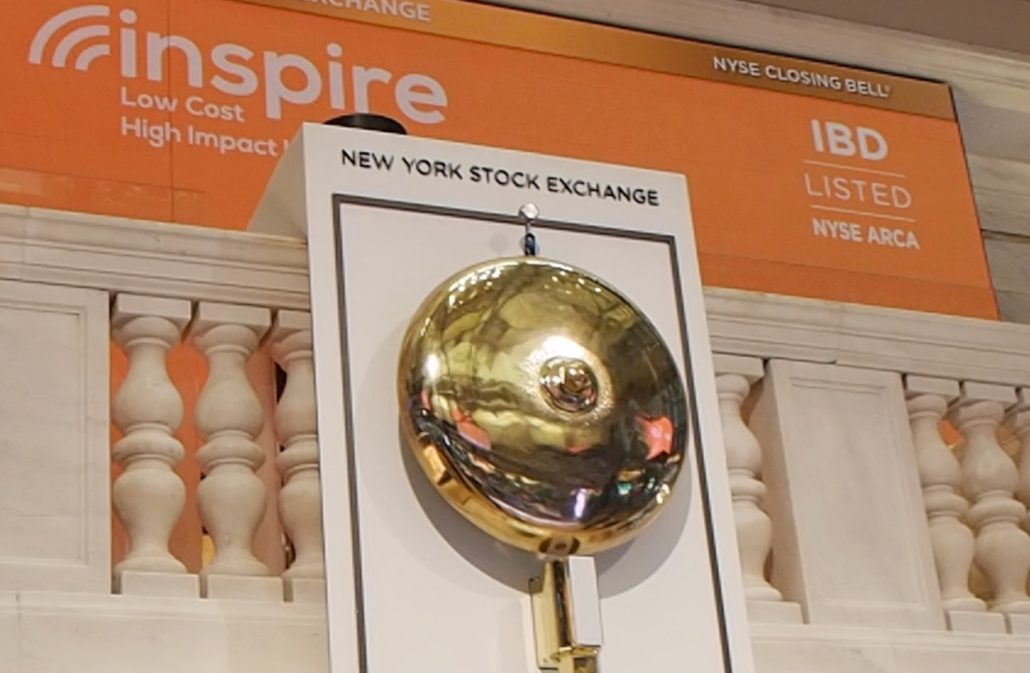 Inspire Corporate Bond Fund Grows to Become Largest Socially Responsible Investing Fixed-Income ETF in the U.S
Inspire Investing continued their ascension in the investing industry with a big day of inflows on Tuesday, propelling their Inspire Corporate Bond ETF (NYSE: IBD) to become the largest Socially Responsible-themed fixed-income ETF by assets under management, according to data from ETF.com.
Mar 19, 2018 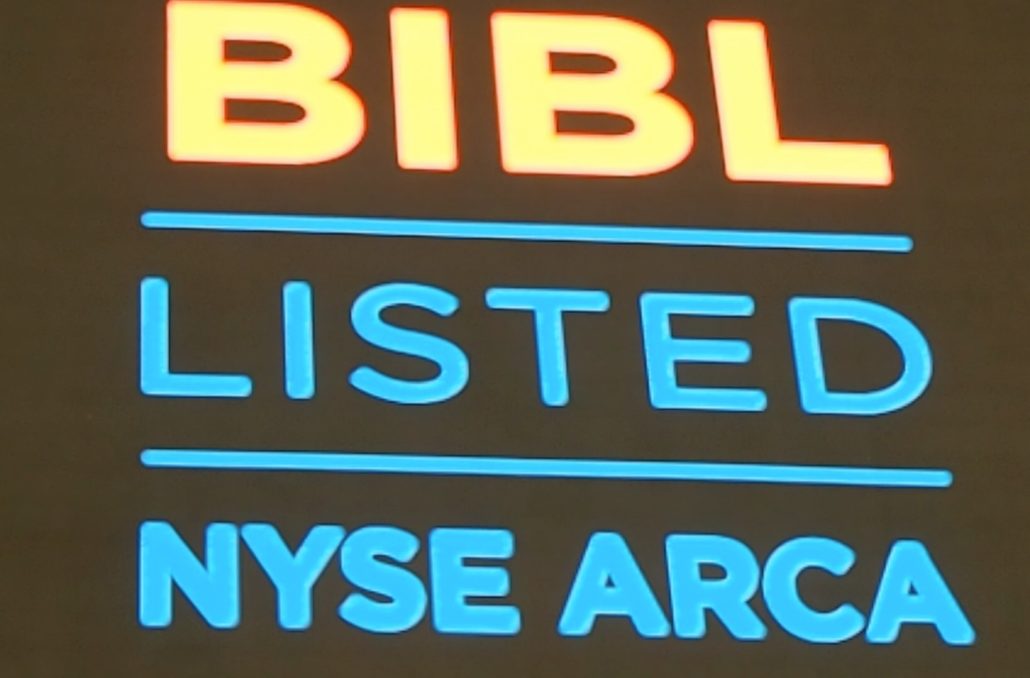 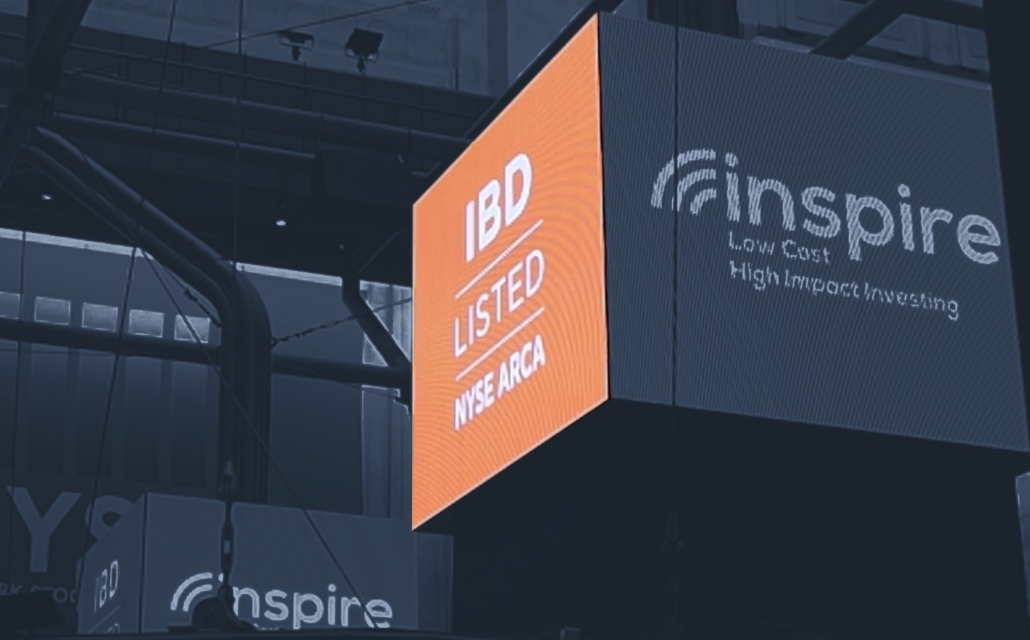 Inspire Investing Launches First Faith-Based Bond ETF Ever Created
Today, Inspire Investing, a leading biblically responsible impact investment firm headquartered in the Silicon Valley, announced it is launching a fixed income ETF to complement the company’s first two exchange-traded funds, which will invest in the corporate bonds of companies aligned with biblical values, as well as support Christian ministry.
Jul 11, 2017
There is no guarantee that the Funds will achieve their objective, generate positive returns, or avoid losses. Before investing, consider the funds’ investment objectives, risks, charges and expenses. To obtain a prospectus which contains this and other information, call 877.658.9473, or visit www.inspireetf.com. Read it carefully. The Inspire ETFs are distributed by Foreside Financial Services LLC., Member FINRA.
‍
Inspire and Foreside Financial Services LLC are not affiliated.

ETF shares are not redeemable with the issuing fund other than in large Creation Unit aggregations. Instead, investors must buy or sell ETF Shares in the secondary market with the assistance of a stockbroker. In doing so, the investor may incur brokerage commissions and may pay more than net asset value when buying and receive less than net asset value when selling. The NAV of the Fund’s shares is calculated each day the national securities exchanges are open for trading as of the close of regular trading on the New York Stock Exchange (“NYSE”), normally 4:00 p.m. Eastern time (the “NAV Calculation Time”). Shares are bought and sold at market price (closing price) not NAV. Market Price returns are based upon the official closing price on the listing exchange (NYSE ARCA) at 4:00 p.m. ET when NAV is normally determined for most Inspire Funds, and do not represent the returns you would receive if you traded shares at other times.
‍
An active secondary market for the Fund’s shares may not exist. Although the Fund’s shares will be listed on an exchange, subject to notice of issuance, it is possible that an active trading market may not develop or be maintained. There is no guarantee that distributions will be paid.

Unleashing biblical truth on the world of investing, business and life. Subscribe today and join the movement!